The golden turtle gets its unique colour from a rare genetic mutation.
A golden turtle has been discovered in Nepal for the first time ever. The turtle is now being hailed as an incarnation of Lord Vishnu, reports the Daily Mail. 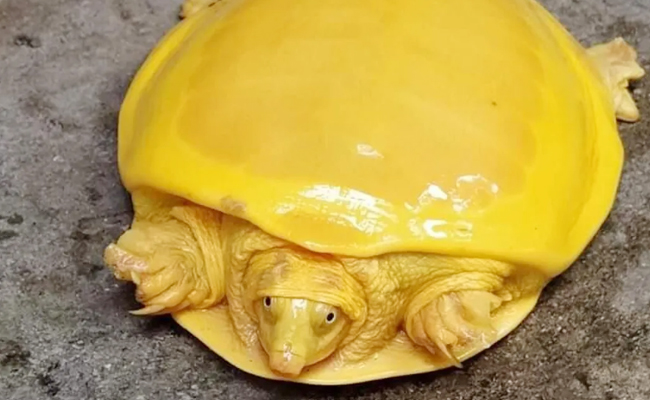 According to Mithila Wildlife Trust, which identified the turtle as an Indian Flapshell Turtle or Lissemys punctata andersoni, the reptile gets its unique colour from a rare genetic mutation that alters its pigmentation. The condition that gives the turtle its dazzling gold shell is called chromatic leucism.
It is believed to be only the fifth time that a golden turtle of the species Lissemys punctata andersoni has been spotted anywhere in the world, and the first time ever in Nepal. 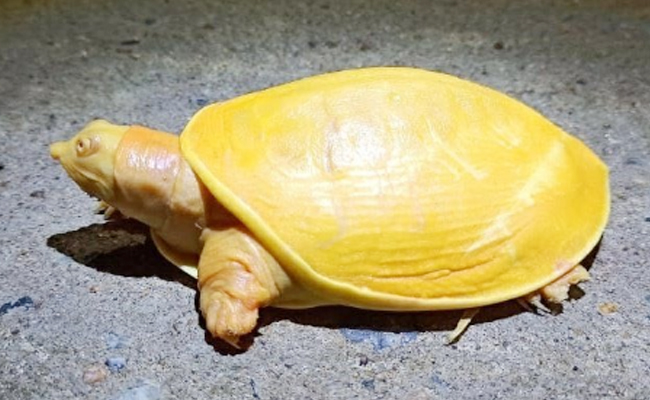 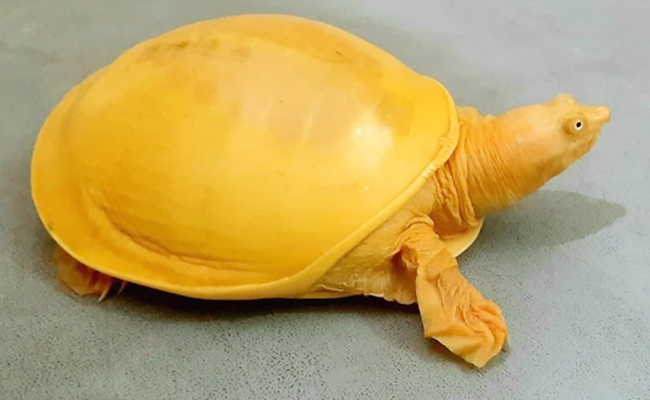 A huge thanks to Kamal Devkota ji, Mithila Wildlife Trust rescue team and all staff members of Sub-Division Forest Office, Dhanushadham. It had a deep spiritual significance.
“Not only golden animals, but turtles overall have significant religious and cultural value in Nepal,” he said, according to Ladbible. “In Hindu mythology the upper shell of the turtle denotes the sky and lower shell denotes earth.” 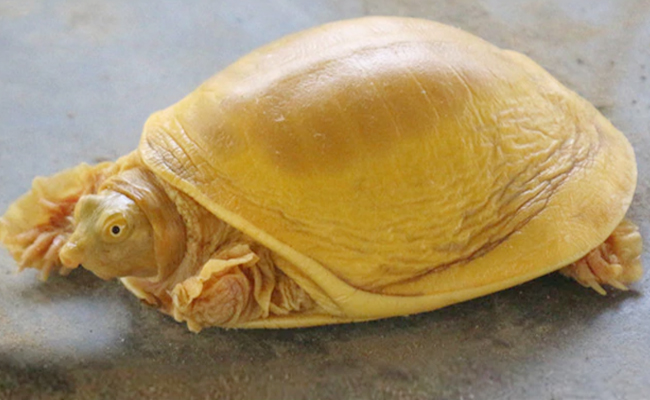 The golden turtle was released back into the wild after pictures were taken as proof.
Nepal is home to 16 species of turtles, of which four are critically endangered: the three-striped roofed turtle (Kachuga dhongoka), the red-crowned roofed turtle (Kachuga kachuga), the Indian narrow-headed softshell turtle (Chitra indica) and the elongated tortoise (Indotestudo elongata).

Though turtles play an important role in reducing pollution by feeding on insects, vegetation and animals, factors like habitat loss, fragmentation and degradation have been threatening their survival.