Our dogs start to slow down a little as they get older, but we do everything make sure they are happy and comfortable in their twilight years. 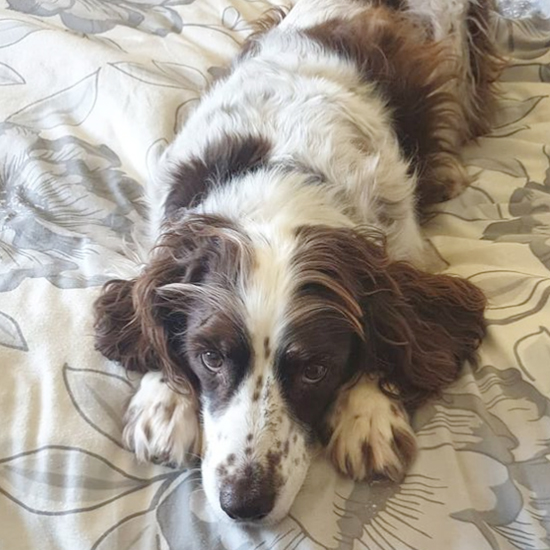 But one family went above-and-beyond for their old dog, rearranging their sleep schedules just to make sure he felt loved. Spike is a 14-year-old English springer spaniel. Like many dogs his age, he can’t get around like he used to. He recently suffered a second stroke, which made it hard for him to get up and down the stairs. 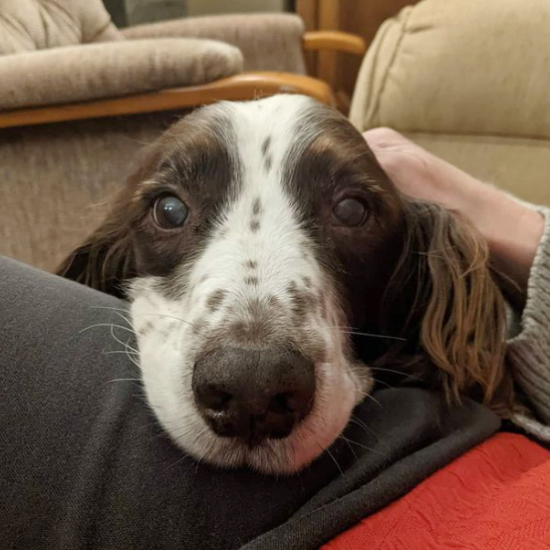 Unfortunately, this meant Spike couldn’t do one of his favorite activities: sleeping in bed with his family, something he’s done since he was a pup. Their bedroom was on the second floor, so Spike could no longer reach his favorite spot. He kept trying anyway in his weakened state, to the point where his family had to block off the stairs to keep him from trying. 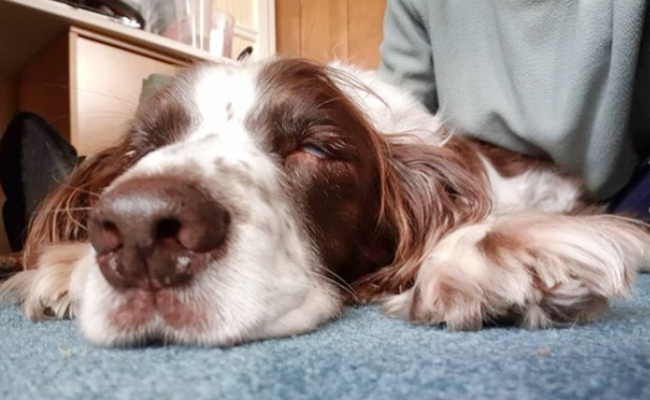 But instead, they came up with an adorable solution: if Spike couldn’t come up and sleep with them, they would come downstairs and sleep with Spike!
Now, on a rotating basis, the family members set up the pull-out couch and spend the night downstairs with Spike, all to make sure the old dog still has company. 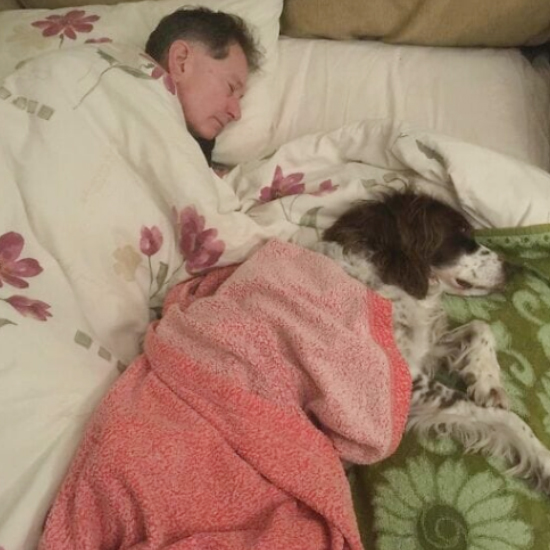 Catherine returned from university to find her parents’ new sleeping arrangement, but it didn’t surprise her — they’ve always had a close bond with Spike.
“They’re absolutely inseparableMy dad calls him ‘old bean’ and they’re always chatting away. My dad will also bring Spike his water and food to the sofa and feed him by hand to make sure he gets his medicines and keeps his strength up.” Catherine said 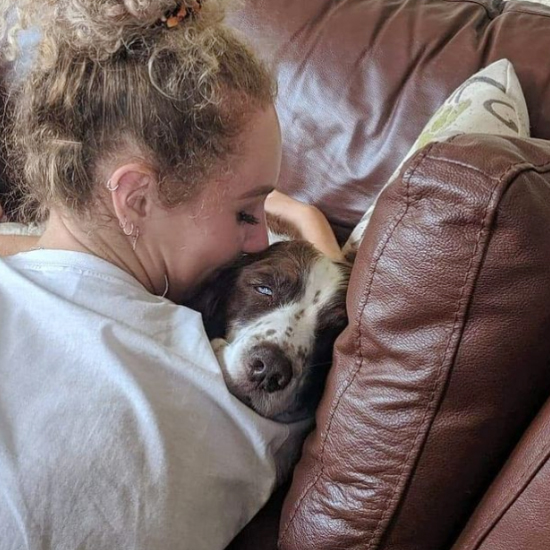 Spike might not be the young pup he used to be, but it’s clear one thing has never changed: his family’s love for him. With this selfless act, they are making it clear they will do whatever it takes to make Spike’s final years as great as possible.

“We love our old boy so much and are so glad to have him in our lives. Hopefully, we have made up for his not so good start in life by providing all the love in the world.” Catherine said

Why do dogs like sleeping with humans: For protection, closeness, and warmth — these are a few reasons your dog might be so insistent on sleeping in your bed at night. But is there more to it. It’s general knowledge that dogs are pack animals. Not only did their ancestors hunt together, but they also slept together at night for warmth and security. Should you allow your dog on the bed. It’s when they feel most secure and comfortable. No wonder they try to replicate that feeling of warmth and coziness with you even after they grow up!

Your dog wanting to sleep next to you is also a sign of affection and closeness. It means they like your company and consider you a member of the pack. Sleeping by your side also proves their loyalty, trust, and willingness to protect you.

For Ten Years Now, This Dog Goes to the Store Everyday to Buy Breakfast For His Beloved “Grandmother”