There are different kinds of people, animals and living beings. Some may be easily identifiable but some are pretty unusual. A dog with extremely rare facial features is now grabbing eyeballs. 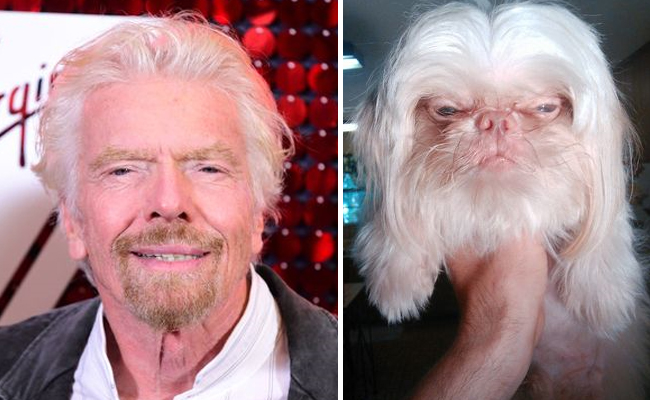 This dog has a hairy old man’s face but he also looks pretty wise. But that is not the only fascinating part. This dog also looks like the famous billionaire Richard Branson. The canine has captured hearts on social media after his picture was shared on Reddit with the simple caption: “My friend’s dog – he has a hairy wise old man’s face”. But not everybody likes the dog’s human-like appearance. 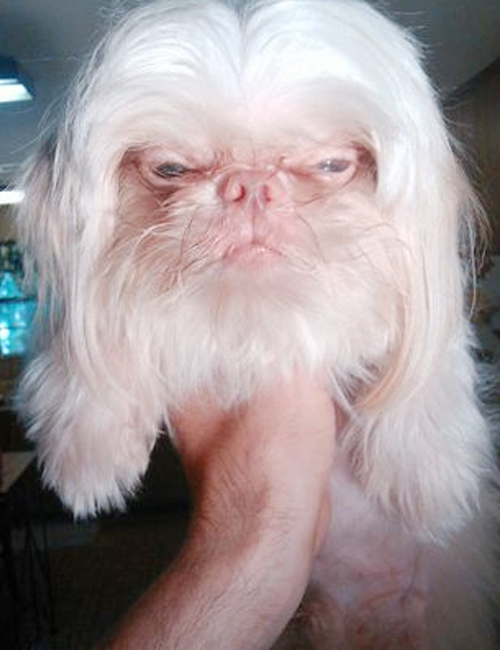 Although he isn’t a British billionaire, he knows how to act and look like a person . A dog has left people in stitches over his resemblance to entrepreneur and business magnate Richard Branson.

In the picture, the dog appears to be scowling down the camera lens with a look of disgust on its face while being held up by one of its owners.

Users quickly jumped on the post to point out how the pooch has an incredible likeness to the founder of the Virgin Group, who now controls more than 400 companies across various fields. 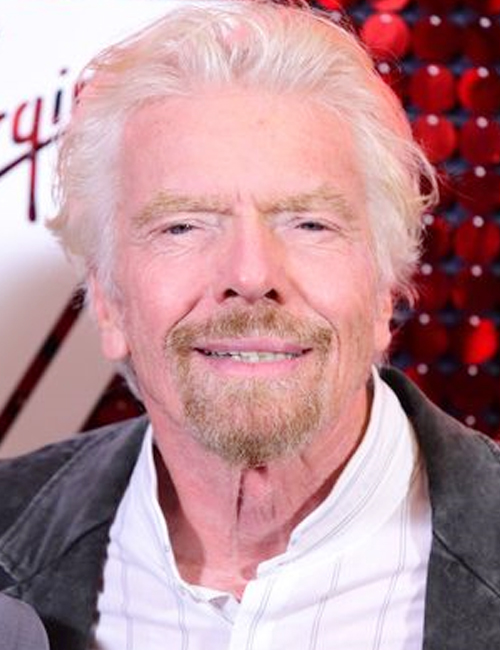 One user said: “Who are we kidding? It looks like Richard Branson, CEO of Virgin.”

Another user added: “That’s Yoda’s wife and judging by the other comments Yoda married Richard Branson.”

A third user said: “It honestly looks exactly like Richard Branson – I see no difference between them, at all, whatsoever.”

While one user added: “This is by far one of the ugliest dogs I have ever seen”, and another said: “I don’t know why I clicked on that, now I’m going to have nightmares when I go to sleep”. 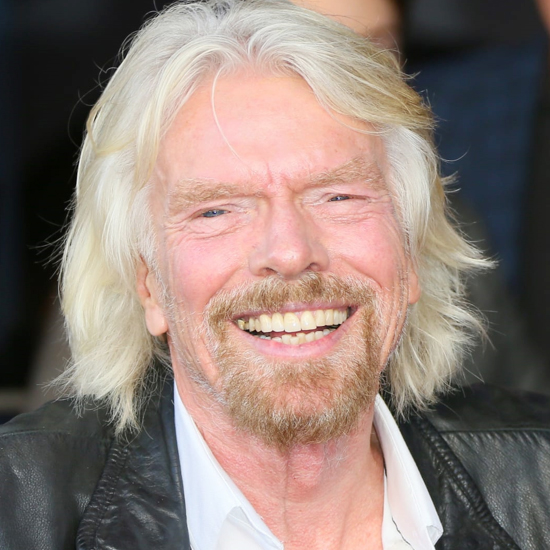 Sir Richard Branson is the founder and president of Virgin Group. Virgin is one of the world’s most recognized and respected brands and has expanded into aviation, hospitality and leisure, telecommunications, financial services, health and wellness, and clean energy through more than 400 companies worldwide, employing approximately 50,000 people in over 30 countries. One of Richard Branson’s newest ventures, Virgin America, was recognized as “Best Domestic Airline” by Travel + Leisure’s “2007 World’s Best” Awards.

Richard Branson keeps his adrenaline level high by setting personal and world record challenges. His record-breaking endeavors include crossing both the Atlantic Ocean and the Pacific Ocean in epic hot air balloon voyages and participating in other around-the-world-attempts. Recently, Sir Richard, along with his two children Holly and Sam, attempted to break the world’s record in transatlantic crossing with the Virgin Money Speedboat, a 99 ft super-maxi yacht.

Meet Ruby, the Doberman Pinscher Mama Who ‘Adopted’ an Abandoned Newborn Kitten and Sweetly Dotes on Her