This adventurous cat waited and waited for someone to come and save him. Gypsy the cat has a truly adventurous spirit. He spends most of his time wandering around a neighborhood in Phoenix, Arizona, visiting everyone who lives there. 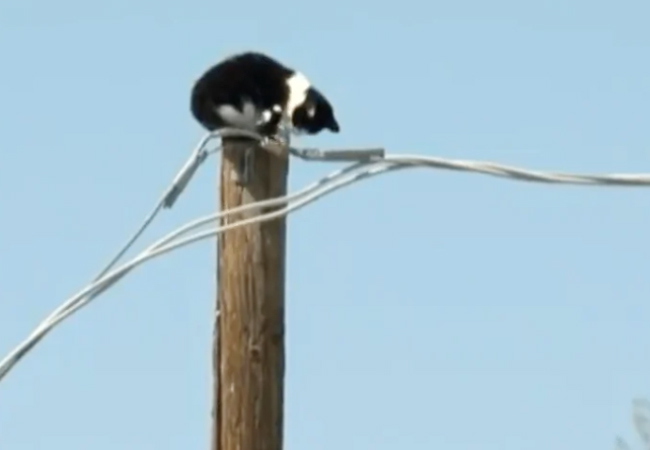 The people who look after Gypsy are used to him disappearing for a week or two at a time, so when they didn’t see him for a few days in March 2018, they didn’t think anything of it at first. But then, after Gypsy was missing for three days, someone spotted him on top of a telephone pole. Gypsy clung to the pole, unable to figure out a way to climb down. He carefully perched on top of the pole, barely moving a muscle. 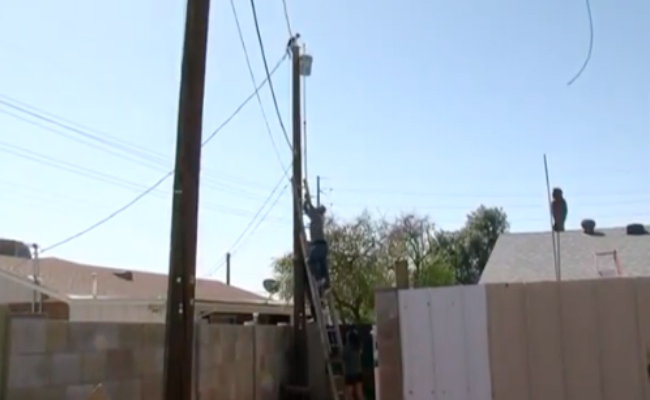 The concerned neighbors quickly called the police, asking for someone to help the cat. They dispatched a utility worker, who started driving over. In the meantime, a local ABC News affiliate picked up the story, and they started livestreaming the poor cat. 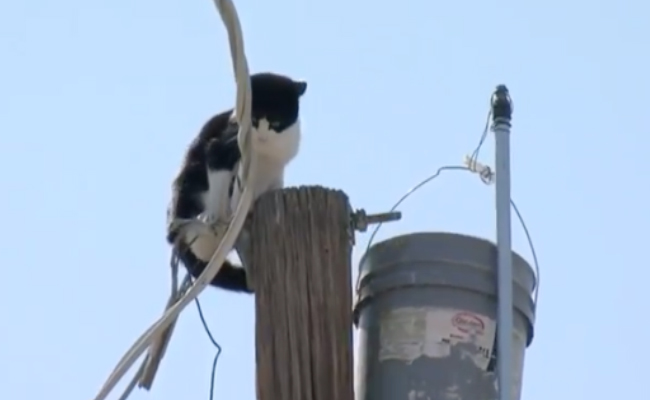 The livestream quickly went viral, with hundreds of thousands of people tuning in, waiting to see the cat get rescued. As thousands of people watched, Gypsy licked his paw, attempted to climb down the pole, changed his mind, and then simply sat back down and licked himself some more.

This good Samaritan brought his own ladder and used it to climb up the utility pole. He also brought a bucket to carry Gypsy in. When he got to the top, he tried to get Gypsy to climb into the bucket. But Gypsy refused—he wanted to wait for the professionals! Defeated, the good Samaritan climbed back down. 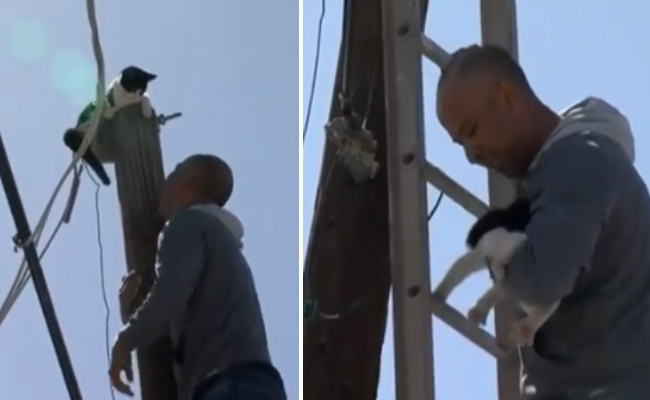 The utility worker climbed up the ladder, getting closer and closer to Gypsy. But when he got to the top, he realized the ladder was just a bit too short. So, the brave worker carefully climbed onto the very last rung of the ladder, quickly snatched Gypsy up, and began climbing down.Just like that, Gypsy was saved! Everyone in the neighborhood was relieved that their community cat was okay.

“As distressing as this is, always keep in mind that you’ve never seen a cat skeleton in a tree. I’ve read that it’s easier for a cat to go up a tree than down so this happens with inexperienced cats. Eventually, they figure it out.” one person comment